Sound of the Weapon 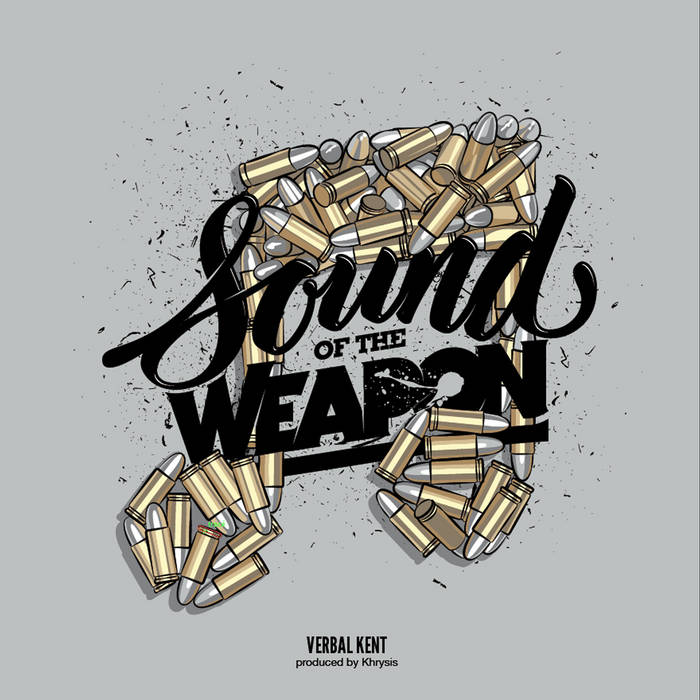 A decade ago, while walking down an empty alley near Clark and Pratt in Chicago, Verbal Kent had his throat slashed with a knife by an acquaintance. Kent managed to make it to Saint Francis Hospital as blood poured from his neck. He received nearly 100 stitches, the blade of the knife missing the jugular by a mere centimeter, and took months to recuperate. The impact of course was unimaginable; an incident like this shades everything going forward for some time. It's been 10 years since that incident changed Verbal Kent's life, and now The Windy City is back in the news with unprecedented violence these past few years. Far from a nihilist, Verbal finds meaning in the everyday struggles he and his city live through - adding to it hard-line braggadocio, comedic flare, and social awareness. The Sound of the Weapon is an unabashed look at living through anything and loving everything. The cause of it is truth. Sound of the Weapon is Verbal Kent's most complete album to date.

Verbal has always been one to lock in amazing production. His last album – with Ugly Heroes – was produced entirely by Detroit's Apollo Brown. This time around everything is produced by Khrysis (Jean Grae, Evidence, Talib Kweli, Elzhi). Add in a bonus track produced by 9th Wonder and you've got a fully stacked solo album from Verbal Kent. The new album, Sound of the Weapon, is set to be released February 18, 2014 on Mello Music Group.

Hey yo you
1 Must be on crack think you must be on Dan level
Dan never back down, Dan never back peddle
2 Dan never pack metal..however Dan Pack a
line that's in line with a nine milla -uh-
3 -you all talk when you rap, like Masta Killa-
- I hang with rabbis burn and learn from the Megillah
4 my notebooks are holy works of art, studied by the
Up and coming- I make money drumming with bars it's
5 over with: knockout and rock out with cock out
A Verse send a surge that could box out Ibaka
6 how come you out number me yet the out come is
Me on the balcony you gettin tossed from
7 lip sink the video ...psycho babble I'm boss at scrabble your vocabulary is spaghettios
8 rap with ability: clap if you feelin I,
Laps longer than your flow.
Drownin' in it kill a guy

1 Fearin Danimals the right reaction
Word to Hannibal
My spirit animals a bearded cannibal
-lets invest and make loot back,
Ain't feelin me? Well too bad..
My Raponomics

Time to
1 sit back and kick back your feet on a ottoman
Empire ottoman: horrible as sodom and
2 Gomorra n, horrible at rappin' when you rap, on the bottom n in fact, your rotten a seniora in a
3 man body Dan el land the ka ra tae, with no
Hands get from out my way, pray to Allah offer
4 him a dollop of my Alize, down the hatchet:
Iron lung, you a Iron Lady Margaret Thatcher :
5 hard to catch up, curve balls and sliders at the catcher-
-Wild pitches inches from your jugular to getchya
6 out the box- in a caprice but this is not the cops
no Mirandas- leave you stranded in pajamas in the
7 PJs, a lil somen' special for my Dj
- big once bigger than a pigs lunch
8 slimmer than a pigs hunch: yer instincts lack, role reversal
Priest sittin' on a lil kids lap

Bandcamp Daily  your guide to the world of Bandcamp

Featuring Gary Bartz, 5 years of Rhythm Section Intl and an LP of the week by Nicolas Jaar